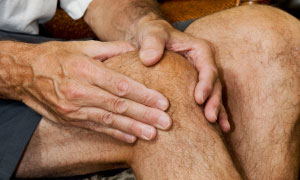 ITBS (Ilio-Tibial Band Syndrome), also referred to as “runner’s knee” is an injury commonly found in people that run often. When diagnosed early, the chances of becoming a chronic condition are greatly reduced. If pelvic mechanics are not functioning properly, due to ITBS, the muscles don’t work efficiently which can lead to issues with mobility and flexibility. Chiropractic adjustments and therapy provided by St. Paul Chiropractic have been helpful when dealing with ITBS.

The iliotibial band is an outer casing of muscle that extends along the outer thigh, from the top of the hip to the outside of the knee. When one is standing, the muscle is flexed or tight. It is also what keeps your leg straight, allowing the larger thigh muscle to rest.

If your iliotibial band syndrome is caused by a problem with pelvic function, relieving the pain from the condition can be difficult. Stretching is not likely to bring relief, but if it does it won’t last long. If the pain from iliotibial band syndrome lasts for more than two weeks even if you are only stretching, your regular exercise routine, and ice and you don’t see much improvement, a chiropractor can help.

Chiropractic care has been known to treat ITBS, but most runners and cyclists don’t know this. It is important to palpate the areas that need restoration in biomechanics such as your feet, ankles, hips, and knee joints. Gentle adjustments help realign the spine and other extremities to decrease inflammation especially when treating ITBS.

At St. Paul Chiropractic and Natural Medicine Center in Saint Paul, Minnesota, we take our time to get to know each one of our clients. We do not treat every case of ITBS the same and understand that some patients may be suffering more than others. We will take our time to get to know you, work with you to make a plan, and help you reach your optimum health. If you are looking for a natural health care provider in the twin cities, then we are the perfect fit for you! We have an amazing team that can help you with ITBS, and we want you to be up and moving as soon as possible.

Office Hours (By Appt Only)

To our valued clients -

*** All Visits By Appointment Only ***
To adhere to social/physical distancing guidelines, we will not be accepting walk-in appointments.

Our current hours are:

Thank You for Understanding & Stay Healthy!

You have Successfully Subscribed!